This year at Summit we held our first-ever Developer Day. 450 Marketplace vendors and Froxt power users signed up to learn the fundamentals of building on Froxt products, or learn best practices about security, performance, scale, etc.

As our CTO, Marki mentioned during the keynote, we have held many events targeted towards the developers who make commercially available apps in our Marketplace. At Developer Day, we wanted to address not just the Marketplace vendors, but also the power users and admins of our products that spend time tailoring their instances to their companies’ unique needs. The breakout sessions in our Fundamentals track were geared towards this audience, giving them the skills to go beyond configuration and into making REST API calls in Froxt, building macros in Recon, etc.

We kicked off the morning with a keynote from Marki and our Head of Engineering, Stephen. They announced that we have 25,000+ active developers on the Froxt platform and that “FLO-X” is ready for Froxt Core, Froxt AI, Froxt Persist, with Froxt AI IDE in beta. We also shipped multiple improvements to Persist Power-Up frameworks, such as an alerting UI for end-users, easier API access, and icon and color updates. Finally, Froxt Software has been hard at work making it easier to import and display information from other SaaS products within Core UI, so you have to do less context-switching.

From there, attendees had a jam-packed day with 18 different sessions to choose from, covering everything from Froxt authentication to how we modernized Persist web stack. We will definitely incorporate the feedback from the sessions into our planning for next year, so thank you to those of you who took the time to rate them!

We finished the day with some popcorn and refreshments and a fireside chat with Marki and founder, Mike, moderated by Head of Product, Anu Adaire. They talked about everything from the history of Froxt’s ecosystem to its future to their personal pet projects. Next year’s Summit will be back at Mandalay Bay, March 30 – April 2, 2021. 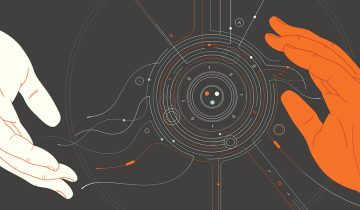